Hamadryas ( lat.Papio hamadryas), it is also called as a frilled baboon - a genus of primates of the monkey family, a species of baboons, a suborder of narrow-nosed monkeys, an endemic to the Old World. A distinctive feature of hamadryas is a social lifestyle and communication. Because of this feature, hamadryas often become subjects of social and psychological experiments.

Hamadryl is a rather large primate, about 1 m in length. Females are half the size of males. The color is gray. The hair on the head of the males forms something like a mane, and the hair on the shoulders is like a mantle. The face is hairless, dirty-flesh-colored. 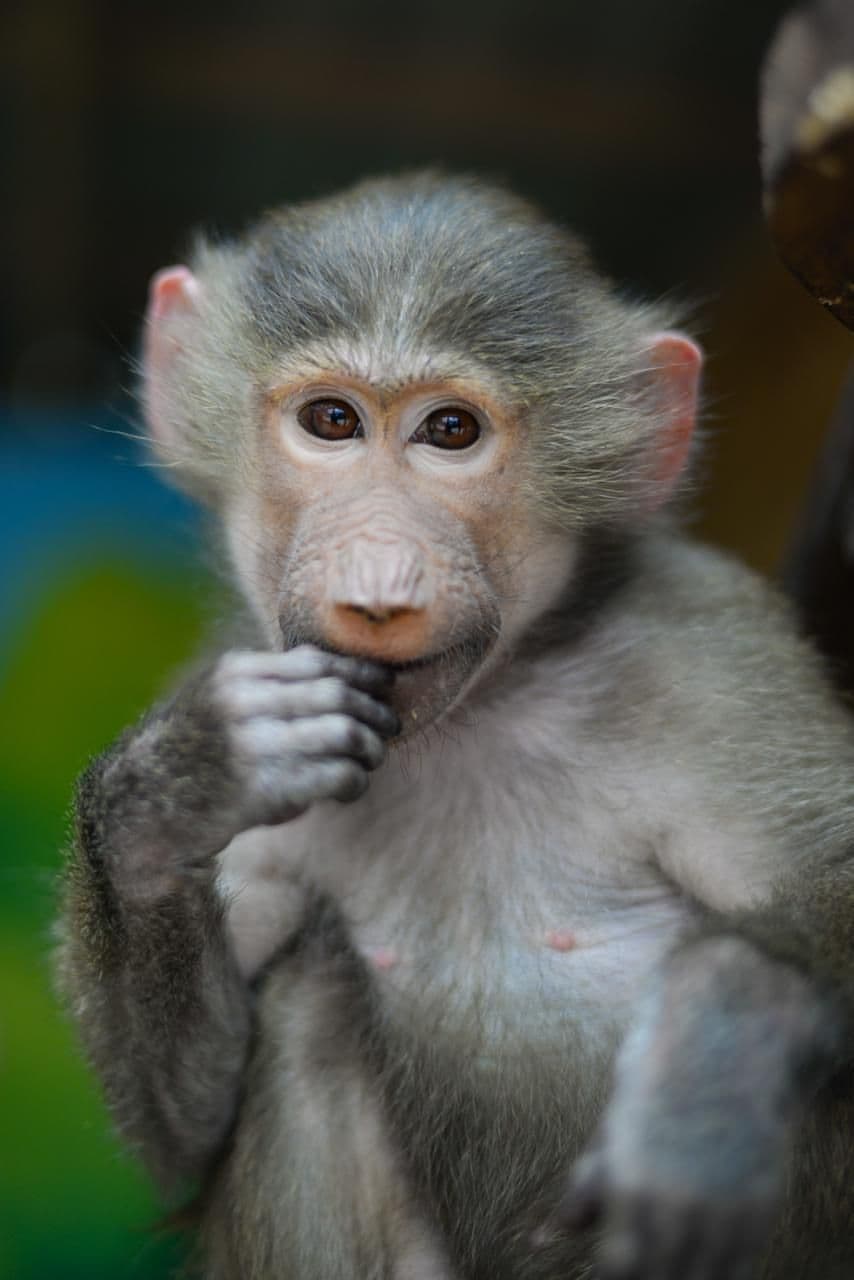 The area of ​​hamadryas is the Northeastern regions of Africa (Egypt) and the South of the Arabian Peninsula (Yemen).

The usual habitat of the frilled baboon is open areas in the foothills and mountainous regions. Hamadryl leads a terrestrial life. It feeds on roots and small invertebrates. Lives in groups. Life expectancy is 20-30 years.

The Frilled Baboon is one of our most original pets. He willingly makes contact with the guests of the park. He knows how to defend his personal space and time in which he should not be disturbed. Observing a baboon leaves the deep impression that it has a deep mind - it is a personality.