Green monkeys (Latin Chlorocebus sabaeus) are mammalian primates, representatives of the superfamily of monkeys. The genus of green monkeys consists of 6 species. The natural range of these monkeys is the central-western regions of the African continent. But due to the fact that from the Middle Ages to the beginning of the 19th century, slavers kept green monkeys as tame pets, as a result, the latter spread across the Atlantic and Indian oceans — from the West Indies to the Caribbean, where they became an organic part of the local fauna.

Green Monkeys can be compared to cats, they are the same size and the same temperamental hooligans. Monkeys are distinguished by their ingenuity. Body length — from 30 cm for females to 60 cm for males. The limbs and muzzle are hairless. Skin color — black on the legs, bluish on the belly. Tail length — up to 60 cm. Coat color varies from light yellow to dark brown. The lower part of the body, the inner sides of the limbs and the hair around the muzzle are light yellow. These monkeys have cheek pouches in which they store food supplies. 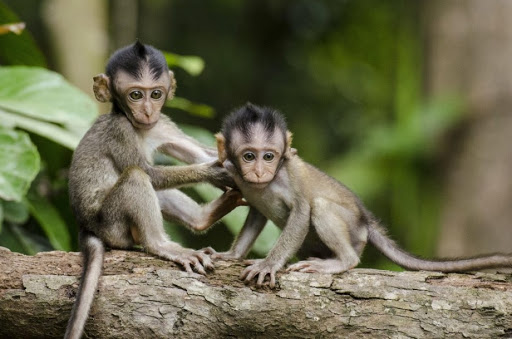 Unlike most arboreal monkeys, green monkeys are terrestrial primates. Mostly in the morning and in the evening, they look for food, during the day they form and strengthen social ties — they take care of each other, and only climb trees to spend the night safely.

Green monkeys are social animals. They live in groups of 50 to 100 individuals. Cells of groups form families — one male, several females and their offspring. The group has a strict hierarchy, the subordination of which is monitored by the alpha male. Monkeys communicate with each other using a complex system of sounds and tactile contacts.

Monkeys are omnivorous. Their diet consists of leaves, tree sap, seeds, nuts, herbs, mushrooms and berries, as well as invertebrates and small vertebrates. The life span of the green monkey in the wild is 20 years, in the conditions of reserves and parks — up to 45 years.

Monkeys require attention more than our other pets. Monkeys attract attention to themselves very ingeniously — with the help of tricks and sound signals, and when this does not work, they themselves make contact. Come to visit us to feel the charm of green monkeys: after two hours spent in the company of monkeys, you will become better at understanding people. 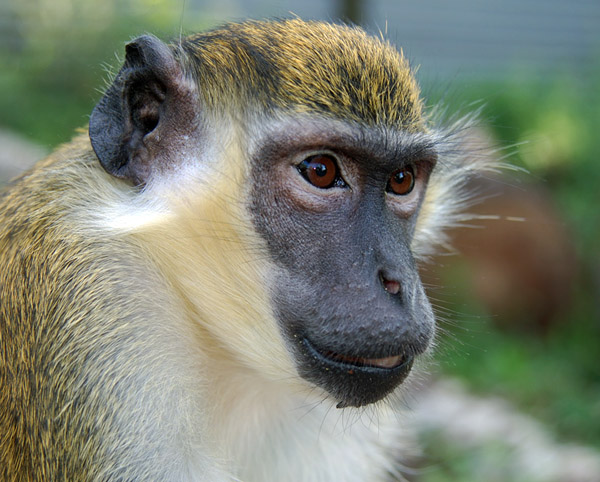