It`is also called a Peking bantam, or colloquially called a dwarf chicken - an ornamental breed of imperial Chinese chickens. The "imperial" part of the name refers to the legend of the origin of this breed of chickens. Legend has that the dwarf Cochin Chin began to be bred in the summer residence of the Chinese emperor, so that it would revive the deserted parks of the sovereign of the Celestial Empire.

There In the petting zoo "Animal Park" is one more breed of chickens - Cochinchin. The first and the second - both are independent breeds that differ in morphology and area of ​​origin:

Cochin Chicken is a fairly large pet, originally raised as a food source (for meat). Due to its majestic appearance and calm disposition and the fact that it reproduced poorly, this breed of industrial chickens soon became decorative.

On behalf of the Emperor of China, in 1860, two of dwarf Cochin Chickens were presented to the Queen of England, marking the reconciliation between the two empires after the end of the Anglo-Chinese War. 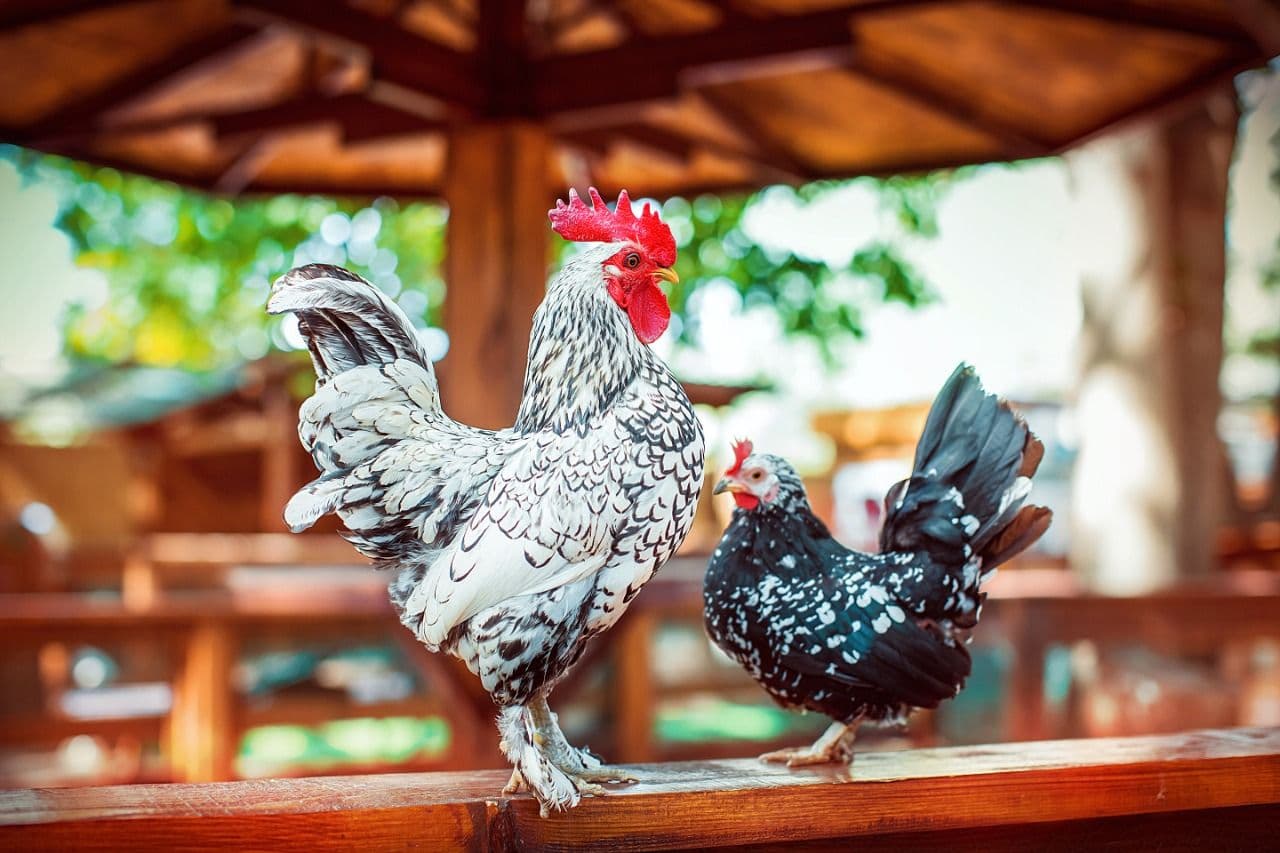 Body constitution is small. The figure is low, stocky.

The dwarf chicken is very quickly and easily tamed. It willingly responds to the usual call and is an ideal hen with because of its hypertrophied instinct of motherhood.

The diet of dwarf cochinquin consists of fiber, carbohydrates, proteins, minerals and vitamins. The latter include chalk and eggshells. You can feed the dwarf cochinchin with store-bought feed mixtures, which can be replaced with self-prepared mixtures of cereals, bone meal, raw and boiled vegetables. The frequency of feeding is 3 times a day.

Cochin dwarf is kept in Animal Park with but a slightly different purpose than it once was in the imperial residence - to create an atmosphere of tranquility, which is disturbed by children and their parents - guests of our zoo.