A distinctive feature of domestic chicken is that it flies poorly, but runs well. They are among the most productive poultry. Observant chicken owners and scientists have discovered a high intelligence for domestic chickens — the ability to keep track of chickens and the language with which they organize their group behavior in a flock.

There are hundreds of breeds of domestic chickens, which can be conditionally divided into 4 classes:

The body length of domestic chickens and cockerels reaches from 15 to 25 cm, the wingspan is about 23 to 85 cm, body weight can vary from dwarf 0.5 to 5 kg. (Brahma breed). Males are noticeably larger than females. Plumage — in cockerels it is brighter and more luxuriant than in crusts. Cockerels also have bone outgrowths on their legs — spurs.

Both males and females have a beard and crest (the latter can be leaf-shaped, rose-shaped, or pod-shaped) — these are thermoregulatory organs whose function is to regulate blood flow to the skin. The beak is slightly curved. The coloration of the beak and metatarsus is usually the same. The color of the plumage can be of all basic colors and shades, both monochromatic and variegated. 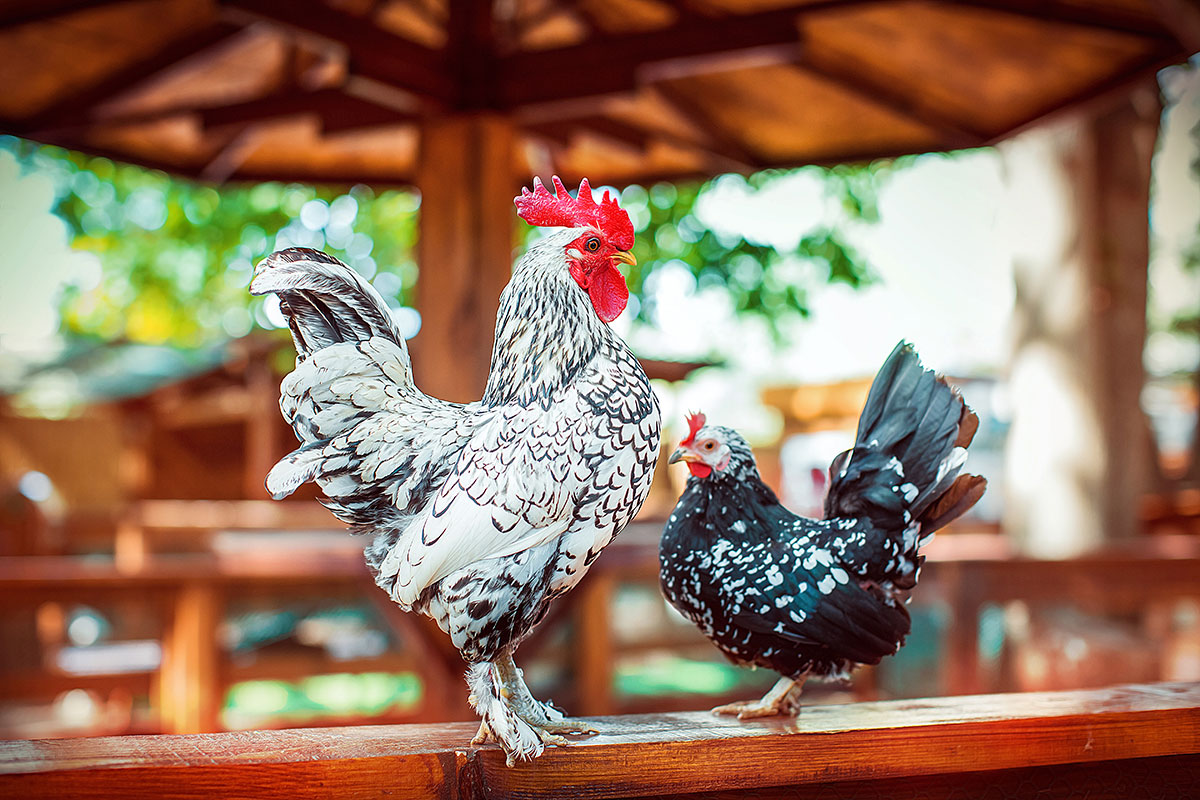 Cockerels and hens in Animal Park

Both domestic and decorative chicken breeds live in our Park. The latter include cochinchin chickens, downy chickens and brahma. Cockerels are more active, and therefore they have names to which they respond:

The ability of cockerels to share their territory with other species of animals, and the ability of the crusts to lay and hatch eggs on their own, says that the pets in our Park feel safe.

Come to visit us! The ubiquitous chickens, cockerels and their offspring create an atmosphere of community of pets in our Park, which contains more than 32 species of animals. Communication with animals generates one of the most sincere feelings, comparing with which you can always feel when people are lying to you.