This name has nothing to do with real pigs, or the sea. The guinca pig was brought from America, ie, from across the sea. Though, probably, it would be better to call it overseas. In Europe, it is often called guinea pig, pig mouse or Indian pig. It was so called for grunting sounds that it utters. Today there are many varieties of guinea pigs, which are not similar to each other. They are pretty cute pets. They are good-natured and trusting. They love to sit in hands and play with the owner. However, during such sessions you should be very careful, because the fall even height can have very grave consequences for the animal.

It’s interesting to know that guinea pigs can utter a variety of many other sounds in addition to grunting. For example, when they are satisfied, they can purr. When courting males sometimes grumble. Females during pregnancy or in the absence of males begin chirping like birds. They do it at night, however, very seldom.

Guinea pigs eat hay, grain feed, juicy fruit and vegetables. When feeding should be aware that fresh hay should be around the clock in a cage as the animal with the help grind their teeth, in addition, it contributes to the normalization of the digestive system. Lifespan guinea pigs to 8 years, but an average of 5 years. 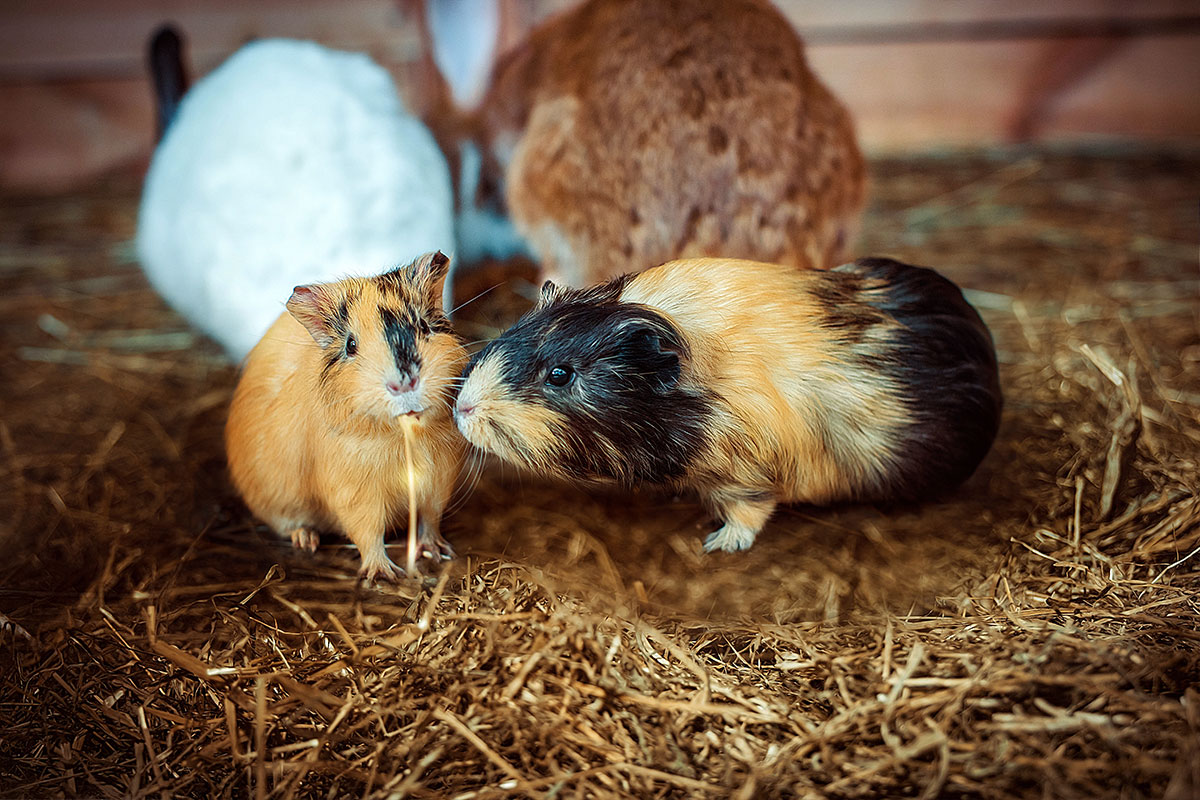