Downy chickens, they are also Chinese silk chickens, which in China are called "chickens with crow bones" — this is one of the most remarkable chicken breeds. Remarkability concerns both anatomy and morphology. Country of origin — China. In the 13th century, Marco Polo visited the residence of the Chinese emperor, where Marco first saw and later described in detail this breed of chickens. In Europe, silk Chinese chickens appeared in the 18th century, and on the American continent in the 19th century. In the third millennium, Chinese downy chickens are kept around the world as ornamental birds. The peculiarity of downy chickens is black bones, brown-black skin and grayish-black meat. This is a consequence of the penetration of the natural pigment melanin into the musculoskeletal tissues of hens.

Melanin is a natural pigment that protects the skin from UV radiation. When exposed to sunlight, melanocytes produce melanin and transport it through special cells — dendrites — to the top layer of the skin. The melanin formation process takes place in the lower layers of the epidermis. 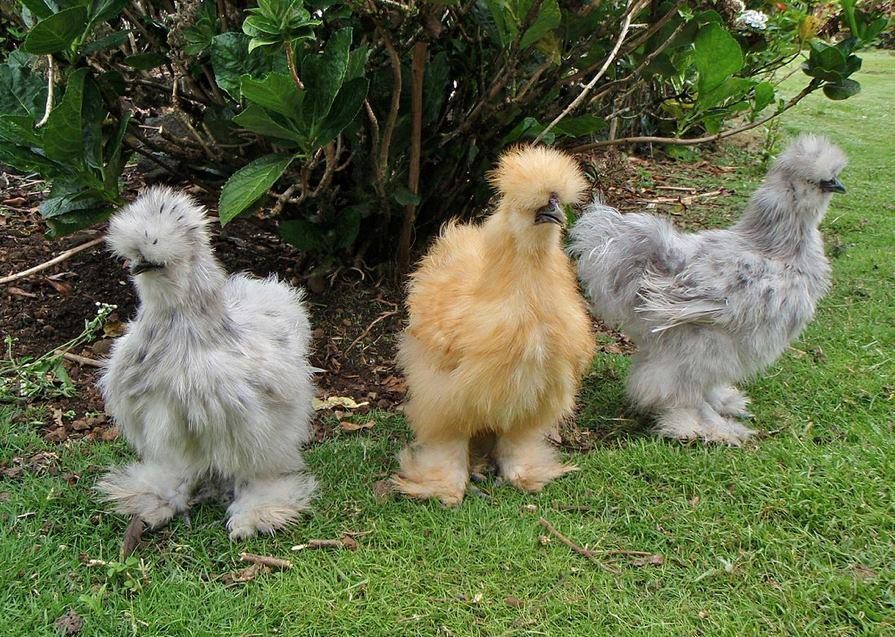 Dense, squat. The body is covered with thick down and thin plumage. The head is small. A crest grows on the head. The beak is blue. The scallop is warty, pink in color. The eyes are black-brown. The earlobes are red-blue, rounded. The neck is short, the back is wide, rising steeply upward. The tail is short and rounded. Sexual dimorphism — chickens are smaller than males. There are several subspecies of downy chickens, they differ in color, which can be white, black, blue, red, yellow or mixed.

Terrestrial, territorial. These chickens don't fly. They are good brood hens. Productivity — up to 100 eggs per year. The down jacket feeds on small seeds, herbs and leaves, worms, insects and small vertebrates. Life expectancy is from 5 to 10 years. Laying hens live less. 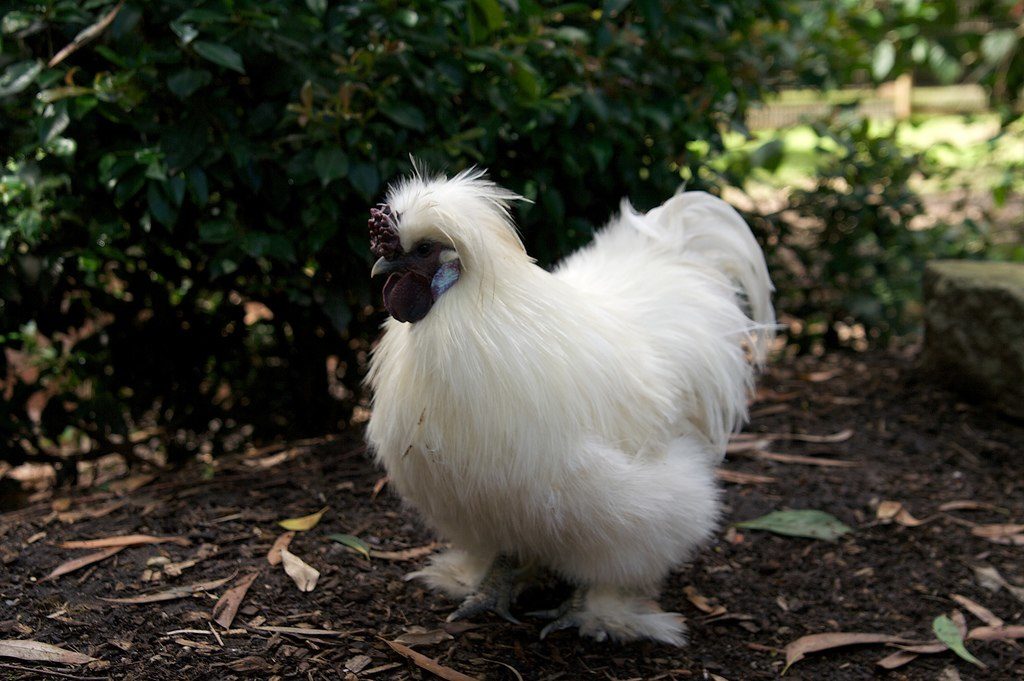 Silk Chinese chicken — they are a decoration of our park. They have a calm disposition, but a stubborn character. They willingly communicate with the guests of the park, but only if they themselves want it. Downy hens create an atmosphere of self-sufficiency and confidence around them — this is how people feel in the presence of silk Chinese cockerels. People instinctively straighten their posture, which makes them seem taller. Come visit us to be convinced of the therapeutic effect of communication between humans and animals.