Polish pigeons differ from others by their original bright colors and interesting shapes. Polish lynx pigeons were bred at the beginning of the XIX century in Krakow, Poland. They had crossed the field dove with speckles on the wings to a dove Griffon and some more common in that period regional breeds. It is also a breed of pigeons that was spread in Transcarpathia.

In explaining the origin of the Polish lynx, many authors suggest that blood of now extinct Silesian Pouter was used in the early rock dilution. The plumage of Polish lunx is colored variously. Most often the pigeons are the same color, gray and black. Pigeons are not very large, usually weighing no more than 700 grams, though their meat is in great demand in cookery. In addition, they breed rapidly. The couple is wonderful parents for their brood. The breed is particularly loved in the rural areas of Poland and Germany. The Genes of Polish pigeons are very strong and are predominant while mixing with other breeds. Now the selection is carried out mainly for its decorative qualities. It is interesting that in the list of breeds of pigeons in Europe Polish lynx pigeons are registered as a German breed. It can be explained only as the whim of history.

It’s a pleasure to look at the Polish Lynx pigeon and study its majestic appearance. The breed is considered to be beautiful, calm and trusting. 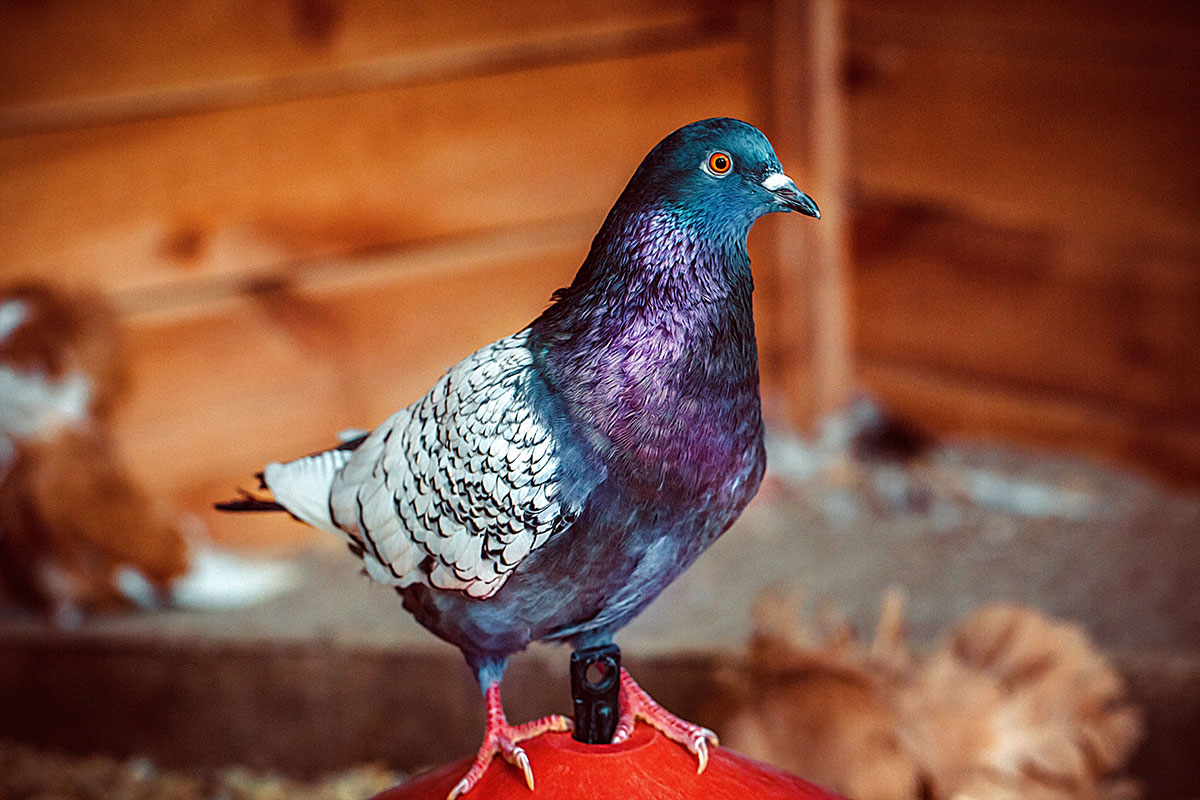