The Saint Vitus Sheep, aka Jacob, is, although an old, but rare breed of sheep, named after Saint Vitus, a boy who, during the formation of Christianity, adopted the faith, for which he was killed in 303. Thus, the boy Vit became a martyr who is glorified throughout the Christian world — both Catholics and Orthodox.

A characteristic feature of the sheep, named for some unknown merits in honor of St. Vitus, is that it grows 2 pairs of horns — the upper straight and the lower rounded. This breed of sheep was known in the Middle East and Mesopotamia 3 thousand years ago. In the 17th century, St. Vitus's sheep were brought to England and bred as decorative animals. 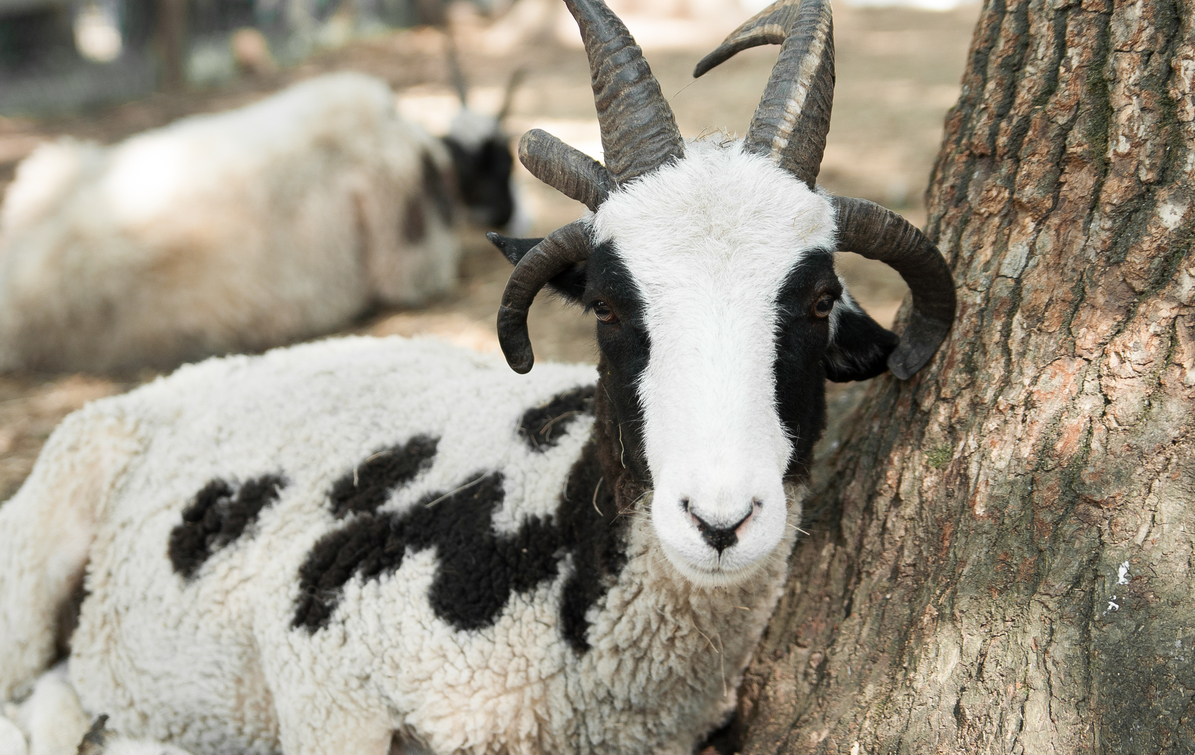 The natural habitat of St. Vitus's sheep are areas with weak vegetation, shrubs, and low-growing acacias. For treats, vegetables and some fruits are preferred, such as apples, pears, pitted plums and salt. The basis of the diet is grass and hay, leaves and tree branches, silage and vegetable waste (beet tops and cabbage leaves). Life expectancy is up to 20 years. The behavior of the sheep of St. Vitus is herd, territorial. It protects living space with the help of 4 horns! But with a calm attitude towards this type of sheeps, they easily make contact.

The Saint Vitus Sheep in the Animal Park Tactile Zoo

It walks throughout the park. It is one of our contact animals. Creates an atmosphere of home and comfort, like in the village of a grandmother. Come to visit us to recharge with tranquility for the hectic life in the metropolis.