Common pheasants (Latin Phasianus colchicus), they are caucasian or hunting pheasants — once domesticated, and later feral species of birds of the pheasant family (Latin Phasianidae). The mythological homeland of the pheasant is considered to be the North Caucasus and Transcaucasia, but due to its bright appearance it was introduced to all parts of the world. The pheasant is the national symbol of Georgia. According to legend, the Georgian goddess of the forest, Dali, gave pheasants to her subjects — this is how the celestial woman showed concern for people in exchange for their devotion and love.

The common pheasant differs from other pheasant representatives in that feathers grow on its head, except for the areas around the eyes. The tail is long, wedge-shaped, consisting of eighteen feathers tapering towards the end. Males have spurs on their legs. The most remarkable thing about male peacocks is the color of their plumage shimmering with metal: the head is golden-green with a black-purple tint; the back is copper-red, the upper tail shining with a violet color of feathers. Tail feathers are yellow-brown with copper-violet edges. Females are modestly colored — in a gray-sandy color, with black-brown spots.

There are 32 known subspecies of the common pheasant, which differ in color. The color of the residents of the northern latitudes is dull, the southerners are bright. 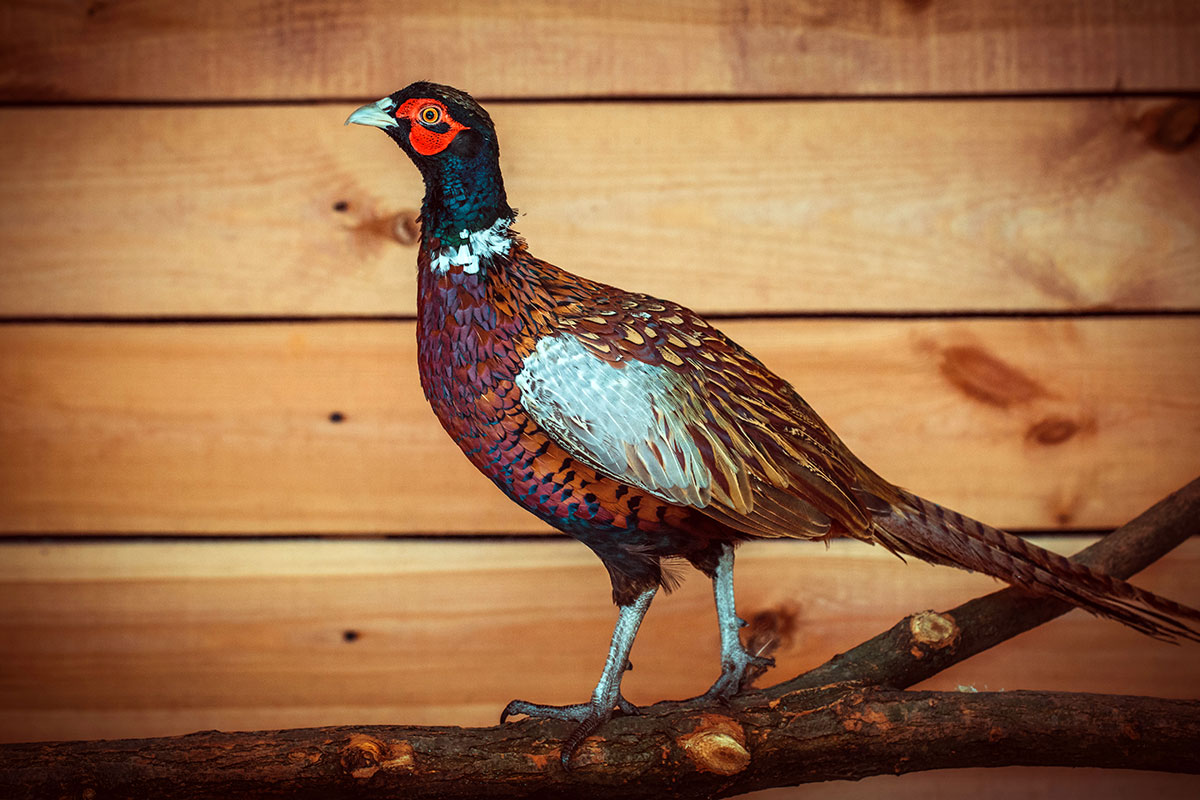 The natural range of the pheasant covers Central and Southeast Asia, artificial — Western and Southern Europe, the Near and Middle East. In the latter parts of the world, the pheasant is found in the wild, where it entered from private parks and reserves.

The usual habitat of the pheasant is forests with undergrowth and shrubs growing along the banks of rivers and reservoirs. The pheasant feeds on seeds, fruits of wild fruit trees, berries and shoots, as well as insects, molluscs and worms. Reproduced by clutches of eggs. Pheasants nest on the ground. The lifespan of an ordinary pheasant in the wild is 5-7 years, in parks and reserves — up to 15 years.

There are two types of pheasants living in our Park — common and golden. They create an atmosphere of a fairy tale around them. In the presence of pheasants, children freeze with admiration, and adults remember that they were also children — that there is always a place for a miracle in life!