The striped raccoon (Latin Procyon lotor), also known as the American raccoon, is a mammalian predator of the raccoon family. The homeland of raccoons is North America. In the 30s of the XX century, a raccoon was introduced to the territory of Eurasia by a man. In the European part, the raccoon has taken root well in the marshy regions of Eastern Europe. The raccoon is kept as residents of interactive zoos all over the world. The behavioral feature of the raccoon is that he thoroughly washes food before eating it.

Raccoon can be compared to a cat, he is the same size, and the same lively. Body length reaches 60 cm, tail length 20-25 cm, body weight varies from 5 to 9 kg. The raccoon's body is stocky, the limbs are short, the fingers are well developed and very sensitive, the palm print resembles a human. The raccoon's head is remarkable — it is wide with a short, pointed muzzle and rounded ears. On the face there is a characteristic mask — a black stripe with a white border is located across the eyes. There are 5-10 black or brown rings on the tail. The raccoon has farsightedness. He "sees" objects near him with the help of sensitive paws. 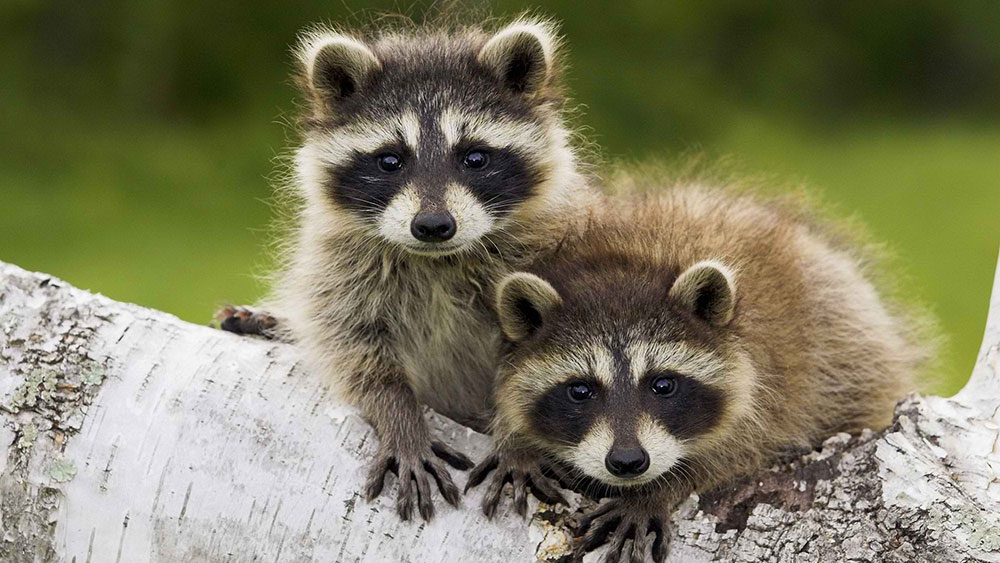 In the wild, the raccoon leads a twilight-nocturnal lifestyle, terrestrial, social. In the daytime, he rests in a hollow of a tree or in a burrow. It feeds on insects, invertebrates and small vertebrates. Strengthens his diet with vegetables, fruits, berries and mushrooms. The raccoon breeds once a year. Life expectancy in the wild is about 6 years, in the conditions of the park a raccoon lives up to 15.

He is a favorite of the park's guests. Our raccoon knows how to attract attention and beg for treats — so it seemed to us until during the quarantine, when guests did not come to us, although we fed the pets abundantly and variedly, the raccoon almost did not eat. To persuade the raccoon to eat, we had to invite guests to the park — he ate with pleasure from their hands. So we found out that the raccoon wants not to eat, he wants people's attention.