A distinctive feature of the mangabey is black skin, even the eyelids, a black crest on the head and gray sideburns on the muzzle.

Bearded mangabey has modest, as for primates, body dimensions: body length varies between 45 and 65 cm, body weight — from 4 to 7 kg. The coat is black, relatively short and uniform throughout the body. The muzzle is hairless. Males are noticeably larger than females. Mangoes have a very long tail — 80-85 cm — with which they grab onto branches moving along the tops of trees at a height of 12 to 30 meters above the ground. 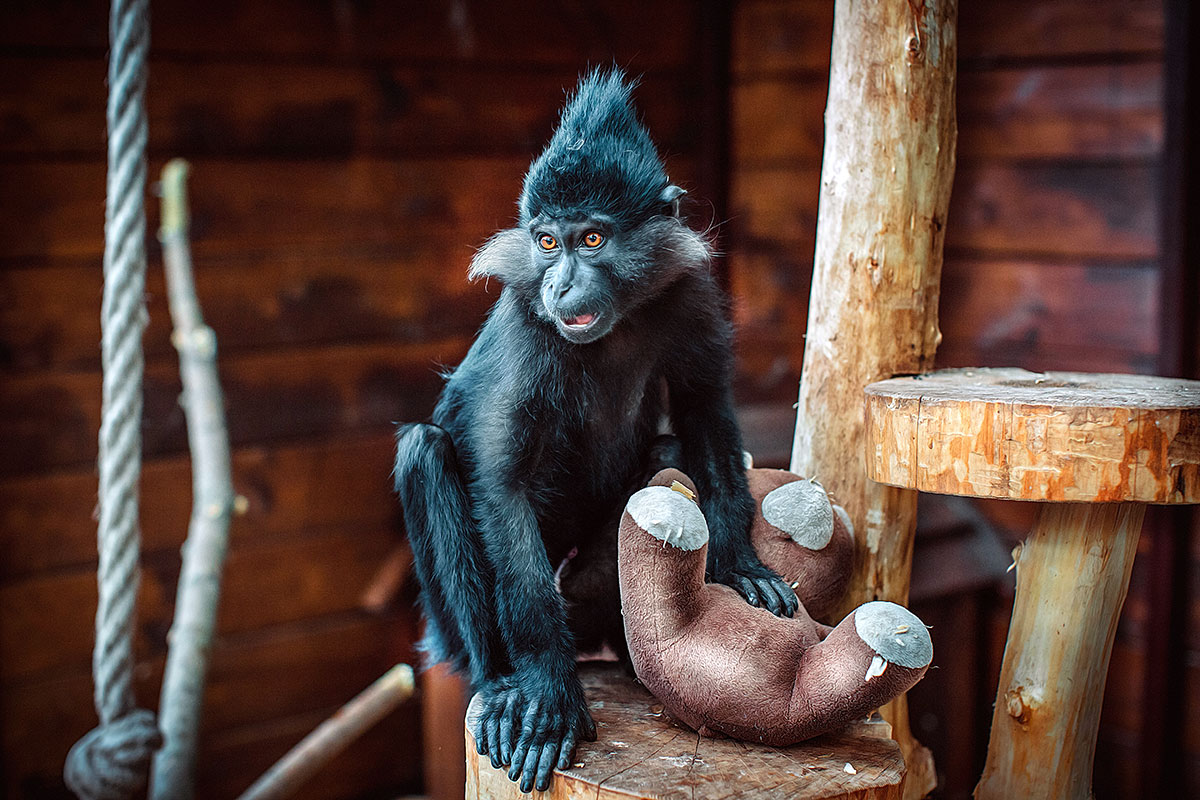 In the wild, mangаbes live in dry tropical and subtropical forests. They spend almost all their time in the trees. They go down to the ground only to pick up food. They feed on fruits, seeds and flower nectar. During dry periods, up to 30% of the diet may consist of invertebrates and small vertebrates. Mangabey live in groups of up to 40 individuals. Communicate with the help of facial expressions, body movements and tail. At a distance, keep in touch with shrill screams. In the mornings, you can hear these primates taking roll calls.

Mangabey breed once a year. Pregnancy lasts 150 to 180 days. As a rule, one cub is born. Which will become sexually mature in the third year of life. The life span of a black mangabey is 20-30 years.

The Black Mangabey at Animal Park

Mangabey is our fickle resident and is our guest on weekends. Mangabey is known for his sociability and hulinanism. Readily makes contact with people. His favorite pastime is to disassemble toys that guests of the Park give him into atoms. Come to us for the weekend — then you are guaranteed to spend several hours in the company of this sociable primate.

Children react in a very funny way to the leprosy of primates — as to brothers in mind. While experiencing strong emotions, children learn to control their experiences — this is an obligatory stage of growing up, which in our Park can be passed with the least trauma of the transition period.